Give someone you never met, a gift they will never forget

My name is Eliane Wurmser and I am head of the Middle East branch of Clitoraid, a private, international, non profit women’s organization dedicated to offer reconstructive surgery to victims of Female Genital Cutting and to restore their woman’s dignity. The newly implanted branch of our organization in Abu Dhabi is planning a fundraising luncheon on Monday February 7th, 2011 in honour of "Zero Tolerance Day for FGC" celebrated by the United Nation each year on February 6. This ladies only event will take place at the Rotana Beach Hotel and we would sincerely treasure your participation to help us gather the funds necessary to build a hospital in West Africa destined to treat the thousands of FGC victims who live there.
-email-
Tweet 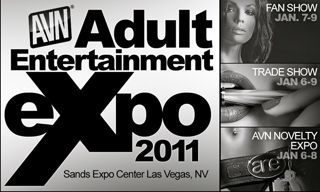 This is a short note to remind everyone that January 6th through the 9th, 2011 Clitoraid will be hosting a booth during the AVN/AEE in Las Vegas at the Sands Expo Center.
Details on expo attendance can be found at .

Clitoraid will be in booth #323 at the expo where we will be selling boxed chocolates, seeking donations and spreading all goodwill to benefit Clitoraid.
New this year is direct support from some Adult Actresses and of course the boxed chocolates.
So if your in town attending the Adult Entertainment Expo please stop by the Clitoraid booth and show your support by making a generous charitable donation or buying a box of chocolates.
Tweet

Montreal, November 25th, 2010 - As part of the “International Day for the Elimination of Violence against Women”, Clitoraid invites the public to a silent march to be held Sunday, Nov. 28th in Montreal, Quebec, Ottawa, Vancouver and Toronto. (* see details below).

The United Nations General Assembly, in 1999, designated November 25th the “International Day for the Elimination of Violence against Women” (http://www.un.org/depts/dhl/violence) and invited governments, international organizations and non-governmental organizations to organize activities on that day designed to raise public awareness of the problem.

Unfortunately, in the list of acts of violence against women, female genital mutilation (FGM or “cutting”) appears as the most common.

The World Health Organization estimates that worldwide, 100 to 150 million girls and women have undergone female genital mutilation. Each year 2 million more girls are likely to suffer the same fate. Most of them live in 28 African countries, a smaller number in the Middle East and Asian countries. But there are more and more in Europe, Canada, Australia, New Zealand and the United States of America.

In May 2006, in response to those stunning statistics, RAEL, the spiritual leader of the Raelian Movement, founded CLITORAID (www.clitoraid.org) a private non-profit organization whose objective is to raise public awareness of this terrible reality. Clitoraid’s main purpose is to raise funds to help African women, with very limited financial means, undergo surgery towards the reconstruction of their clitoris. This technique, which was scientifically validated by Dr. Foldes (France), currently allows women of all ages who have suffered “cutting”, to regain clitoral pleasure and to feel whole again.


The public will be invited to make donations to support “cut” women!
Tweet

Please, download the brochure clicking on the small icon